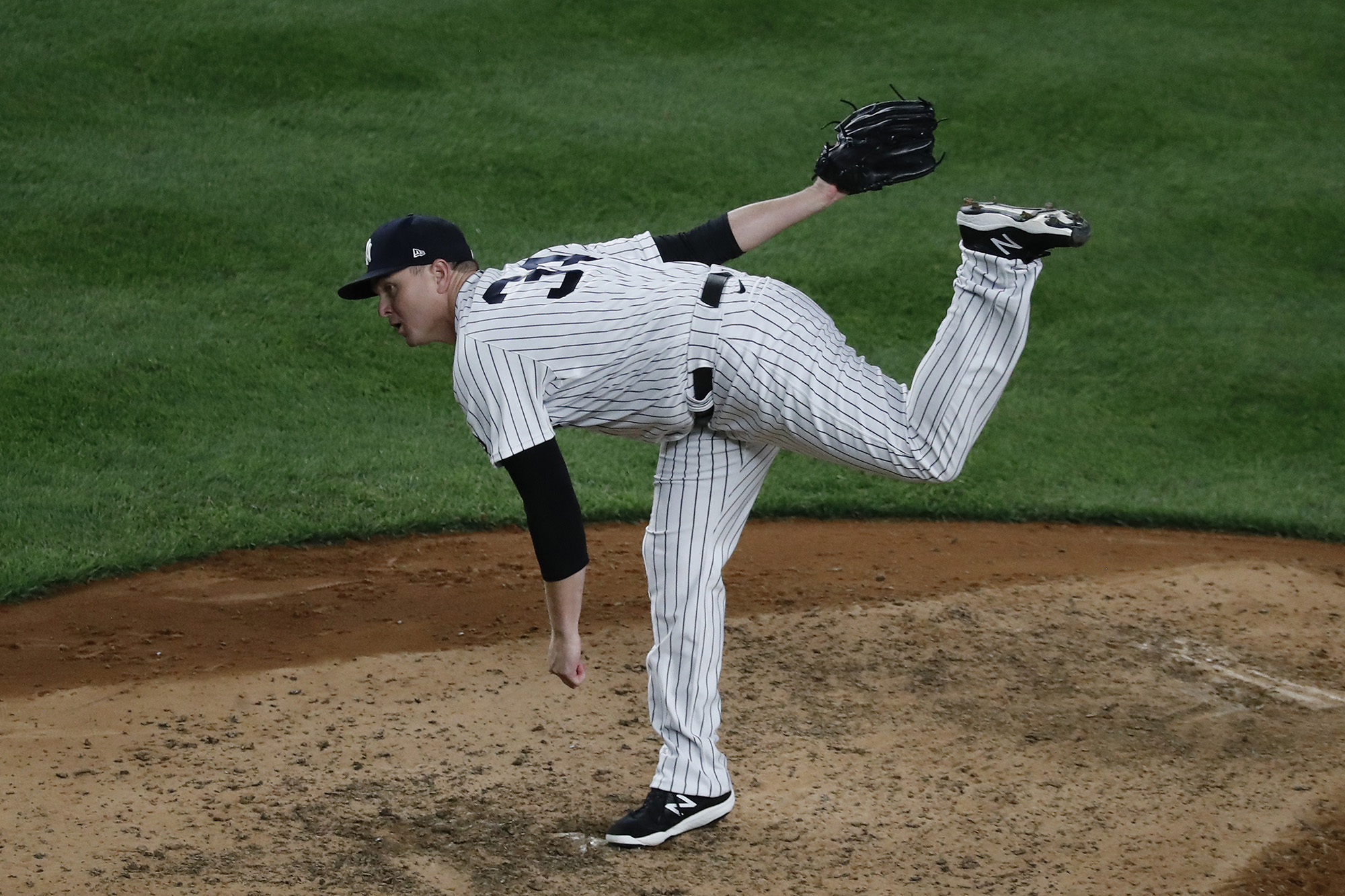 Justin Wilson believed he had solved his recent woes with a mechanical fix, which showed in a scoreless relief outing Saturday.

Thursday, that successful stint proved to be an outlier as Wilson’s progress was erased with a step backward.

Adding to the Yankees’ woes in their series finale against the Rays, Wilson was scored upon for the fourth time in his last five games in a 9-1 loss at Tropicana Field.

Wilson came into a 7-0 game in the eighth inning and gave up two more runs (one unearned), as his ERA rose to 6.52 in 11 games this season.

“Just probably missing that last gear,” manager Aaron Boone said. “What makes Justin Wilson such a good reliever and such a good pitcher is he’s got that low-mid 90s fastball that really plays up. He can pitch at the top of the zone. A few of his outings, it’s just been missing that final click, that final gear that makes that fastball characteristic special.

Wilson’s fastball sat at 90-94 mph Thursday, when Austin Meadows pulled an inside 92 mph fastball on a full count for a two-run double.

Kevan Smith led off that inning by reaching on catcher’s interference. Brett Phillips then singled before Mike Brosseau grounded into a fielder’s choice to put runners on the corners with one out.

Wilson walked Randy Arozarena on four pitches, which came back to hurt when Meadows — in a lefty-on-lefty matchup — turned on the fastball to pad the Rays’ lead to 9-0. Wilson retired the next two batters in order, but the damage was done.

The Yankees’ bullpen has largely been a strength to begin the season, but Getting Wilson back on track will be important for Boone in order to avoid leaning on his successful high-leverage arms too heavily. The 33-year-old Wilson has now given up seven runs (six earned) across 4 ²/₃ innings over his past five appearances.

“Little in and out of the zone,” Boone said, “but finding that consistency with the gear on his heater [is key].”

Nets unlikely to have Spencer Dinwiddie back for NBA playoffs