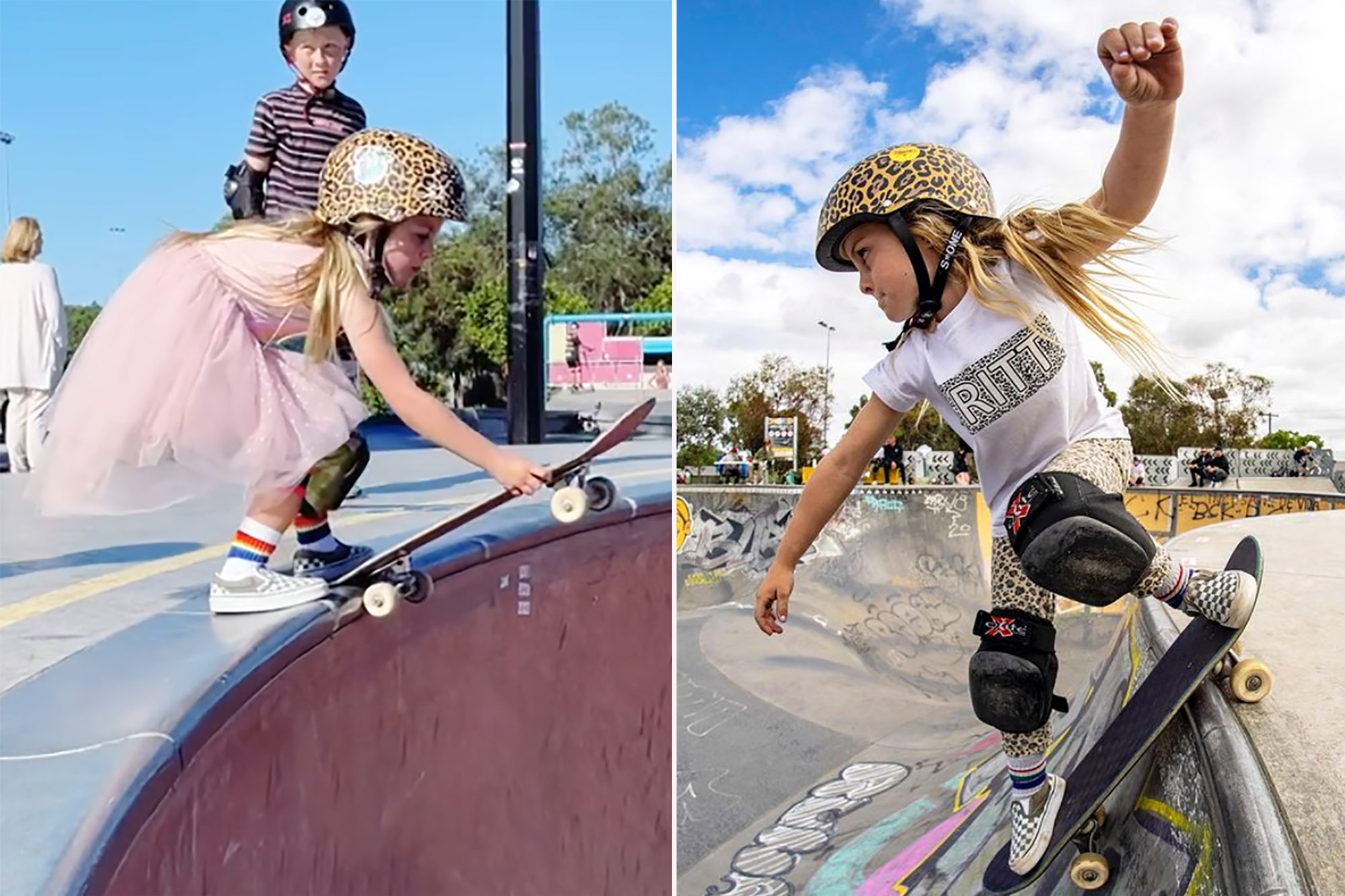 Paige Tobin bounces in and out of the Zoom call, alternating between bubbly and shy. You know, your average 6-year-old, except she has hundreds of thousands of followers on Instagram waiting for her next viral video.

The Aussie skateboarding sensation exploded on Instagram after a video of her at a skatepark went viral last month.

“I knew that it would get a lot of likes because the video is super cute, but I didn’t expect it to go mega viral,” Paige’s mom Emma, who manages her daughter’s popular Instagram account, told The Post in a recent Zoom call.

The clip, which raked in over one million views in one day, shows Paige skating in her pink birthday dress and a cheetah-print helmet.

The attention Paige has received since going viral online is something her mom is monitoring closely. The bond between mother and daughter is clear over a Zoom call from the other side of the world.

“We’ve had people reach out and try to take her down that influencer road and I’m like ‘she’s a little girl on a skateboard. We’re just kind of the normal, the same people,” Emma said, adding that her daughter also enjoys playing with Barbies and surfing.

“I want to keep it humble — she’s a skater and that’s her thing… I want her to just do what she enjoys and loves and not take anything too seriously. Just do you.”

“The vlogs, Instagram and skating is the fun part. The viral part of it and all of that has been the overwhelming part,” Emma said. “It’s definitely a balance, but I do like that I’m the one dealing with that and she can keep doing her thing and having fun. I feel like if she was older, she’d be taking on more of a responsibility and that would be a lot.”

Emma knew her daughter was athletically gifted at the age of 2, when she first picked up a skateboard.

“When she was very little she’s alway been one to push the limits. She’s ride a scooter through the house before she could even walk. She was walking at eight or nine months,” Emma said.

Emma said Paige’s following on Instagram grew by the thousands in the moments after her birthday dress video was published. Her account went from nearly 30,000 followers to over 248,000 in a few short days.

“It just went crazy,” Emma said. Paige agreed, and noted that it’s “not hard” for her to skateboard in a dress.

Paige, who won the King of Concrete skateboarding competition in Melbourne, will continue to skate in competitions throughout Australia.

Emma said the mother-daughter duo had plans to travel to the United States for skate-related opportunities, but were halted by the COVID-19 pandemic. They’ll attempt to make the trip this summer.

Paige’s face lit up when asked about one of her idols, skateboarding legend Tony Hawk, whom she hopes to someday meet. The young star is also looking forward to skating around New York City in the near future — in a dress, of course.

Male panda opts for snacks over sex with mate in video

Biden waiving sanctions on Russian pipeline because it's finished

In Leak Investigation, Tech Giants Are Caught Between Courts and Customers

On Feb. 6, 2018, Apple received a grand jury subpoena for the names and phone records...