Drunk teen breaks into Airbnb — being rented by cops 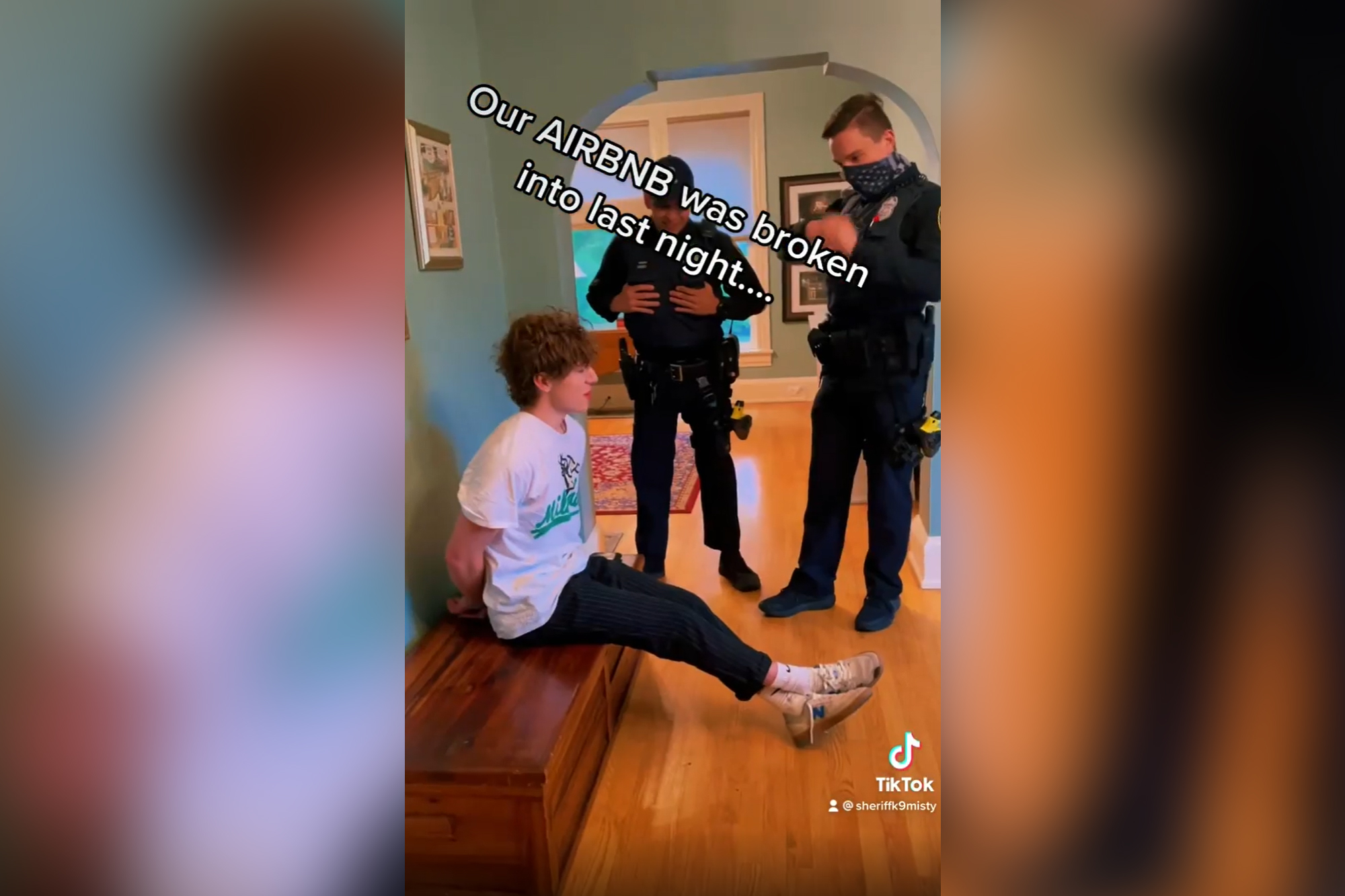 A drunken teen in Milwaukee broke into an Airbnb and passed out — only to wake up and find the rental was occupied by three out-of-town sheriff’s deputies.

The Montana lawmen, who were in town for emergency vehicle training and had been sleeping, got up and saw the back door of the property open. When they went upstairs, they found the 19-year-old man knocked out cold in one of the beds, they explained in a Friday TikTok video.

“This silly guy found the one Airbnb in all of downtown Milwaukee, Wisconsin, loaded with cops,” one of the deputies said in the viral video.

“He woke up in handcuffs.”

The cops called 911 to report the intruder, who explained to Milwaukee police that he had no idea where he was and where he’d come from.

“No, this is a first for that, I’ve woken up in random places,” the teen said in the video in a groggy voice.

Local cops removed the teen from the property, but he didn’t face any charges or citations. Authorities told WKYT that he was just drunk and stumbled into the wrong home.

Charles Pesola, one of the out-of-town deputies, said the teen was actually lucky he broke into a home with cops.

“What if that dude stumbled into a bed with a kid or my wife? I mean, it could have been a different morning, right?” he told the outlet. “So, wrong place, wrong time [but] lucky place, lucky time, that there’s dudes that actually know how to handle that.”

He explained that he filmed a TikTok about the experience because he’s trying to show a kinder side of police and that officers are real people just like everybody else.

“Cops have a hard time right now,” he explained.

“And when they can see we’re still having fun and still real people and we’re good, it’s a good thing.”

A Rural-Urban Broadband Divide, but Not the One You Think Of

Video captures rescue of girl whose dinghy floated out to sea

Odell Beckham was back to making one-handed catches in a workout last week with several of...