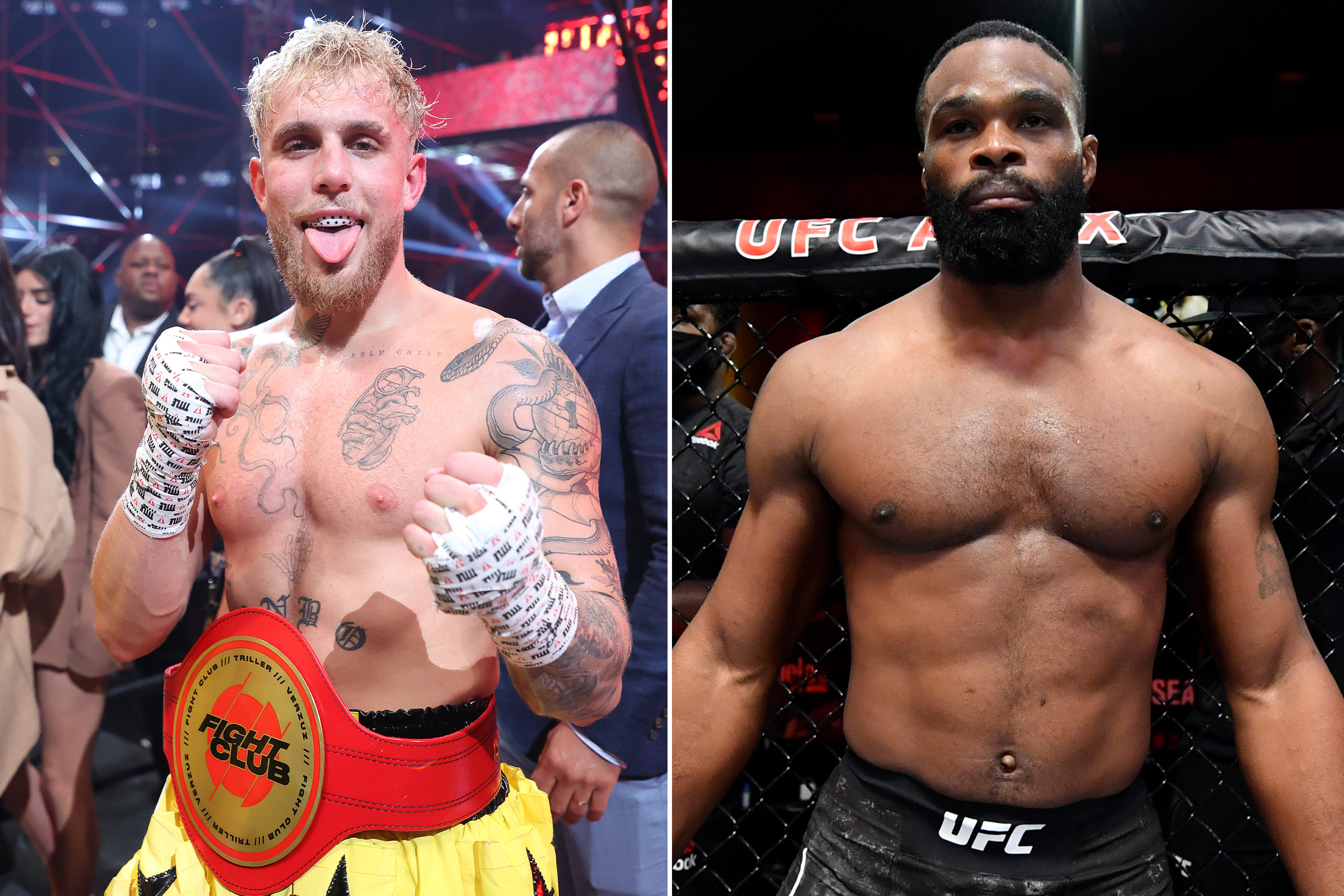 Jake Paul’s opponent for his next boxing bonanza is a step up in competition.

Paul will be facing another ex-UFC fighter, this time a former welterweight champion in Tyron Woodley, Paul revealed on social media. The Showtime pay-per-view fight is scheduled for Aug. 28.

The bout will be contested at 190 pounds with 10-ounce gloves, according to ESPN.

Paul, the 24-year-old YouTube star, is 3-0 as a professional boxer after knocking out former UFC fighter Ben Askren on April 17. Woodley, 39, has never boxed professionally and has a 19-7-1 MMA record, including losses in his last four fights.

Woodley was in Askren’s corner for his fight with Paul and got into a spat with Paul before the fight.

“I have a list of people I plan on shutting up with my fists,” Paul said in a statement to ESPN. “And as I enter my fourth pro fight, I am excited to knock the first one off the list by challenging myself against a five-time UFC champion known for his knockout power. Tyron’s a seasoned striker who has fought the best in the world. I certainly respect his career, but I will be sending Tyron into a permanent siesta on August 28.

“Maybe this time [UFC president] Dana White will actually be a man and put his money on his former champion instead of trying to undermine my success like a jealous ex. Influencer vs MMA: let’s get it on. It’s showtime.”

Paul was referring to White denying he made a losing $2 million bet with Snoop Dogg on the Paul vs. Askren fight.

Paul has been targeting MMA fighters throughout his boxing quest. He showed up to UFC 261 on April 24 and got into a heated confrontation with UFC legend Daniel Cormier, whom Paul had called out after defeating Askren.

In response to video of the confrontation, Woodley wrote on Twitter, “You already scared s–tless. I don’t have to slap you. But the Moment i walk away after i knock you out….The World will rejoice!”

Inside the $1 billion superyacht for history buffs

The Human Toll of Bearing Witness

Luann de Lesseps makes out with mystery man in the Hamptons

A Los Angeles dentist is accused of sexually abusing nine female patients at his office over...