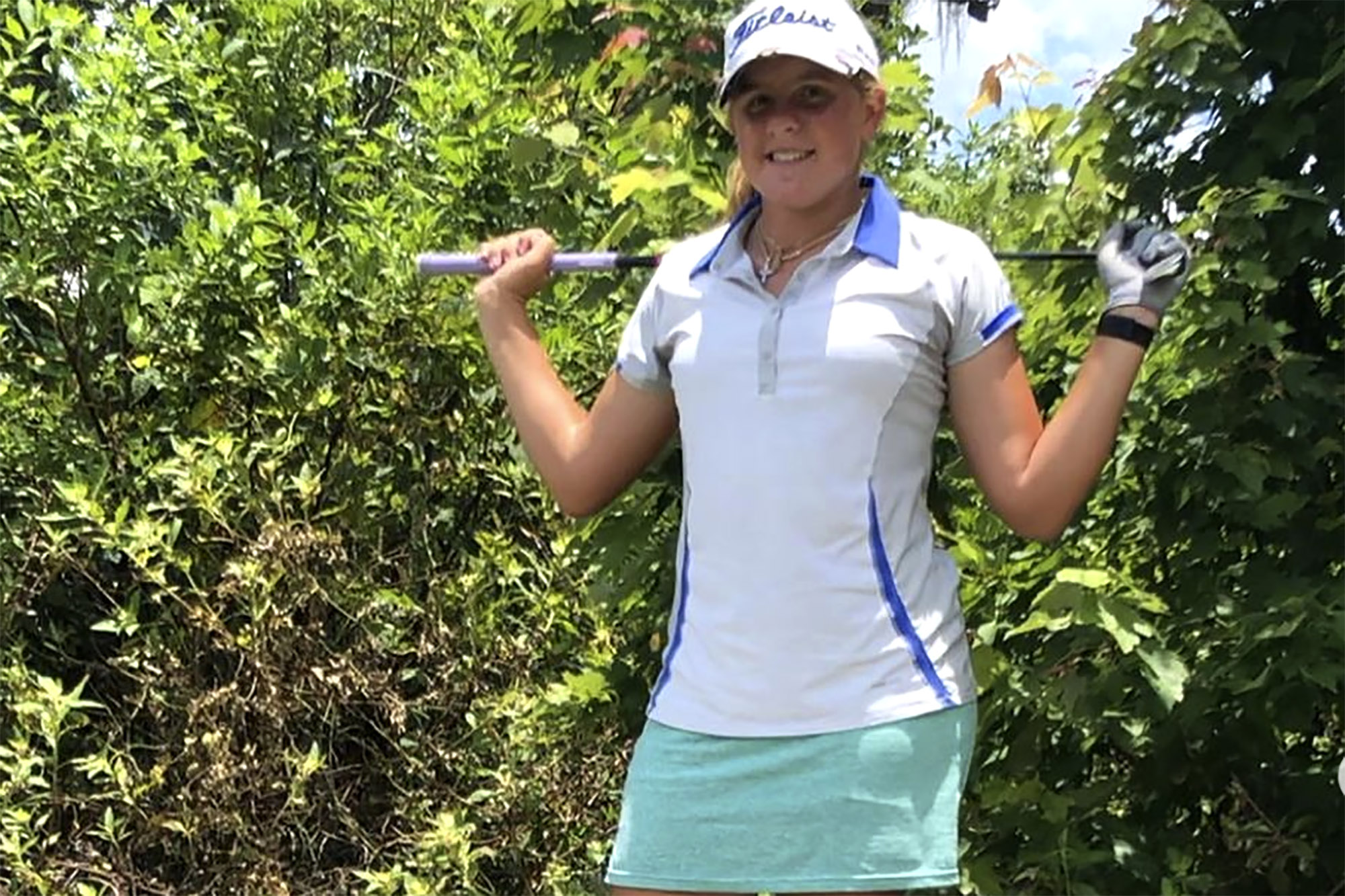 Chloe Kovelesky is taking the golf world by storm.

The teenager, who turned 14 in January and celebrated with a brand new golf cart, will be the youngest golfer at the 76th U.S. Women’s Open this week at The Olympic Club in San Francisco.

Kovelsky qualified for the event on May 11 at Banyan Cay Resort & Golf in West Palm Beach, Florida, with two rounds of 70. She shared the good news in a post on Instagram, and thanked her mentor and favorite golfer, Morgan Pressel — who, at age 12, became the youngest player to qualify for the U.S. Women’s Open.

“I’m looking forward to meeting everyone,” she told Yahoo Sports. “I love being able to be there and kind of see what my future looks like.”

Kovelesky will tee off at 12:16 ET on Thursday, alongside Megan Osland and Britney Yada at San Francisco’s Olympic Club.

Kovelesky is ranked 939 in the World Amateur Golf Ranking and consistently drives the ball between 280-290, according to Golfweek.

The young pro had 11 starts on the Florida mini-tour circuit with six top fives, and took home a victory at a National Women’s Golf Association event in February.

Kovelesky, who is part of the high school graduating class of 2025, works on her golf game in between getting homeschooled. Though, golf has been a labor of love long before she began her education.

“I think she came out with a golf club,” her mother Tina told Yahoo Sports.

Kovelesky would hit balls in her parents backyard in Florida for years before she’d graduate to Boca Woods Country Club at age 5.

When she was 8 years old, Kovelesky had already received attention for her skills on the green. She appeared in Esquire’s “Short Game” reality series, which highlighted young athletes and their journey to the U.S. Kids Golf World Championship.

“I love being a mentor to kids and I want them to be able to look up to me and be able to know it’s not just about winning. It’s about being kind and being nice to people,” Kovelesky told Yahoo Sports.

Nonetheless, the talented teen is a fan of friendly competition.

Last June, Kovelesky played a round of golf with her dad for the very first time, something she said was five years in the making.

“He made birdie on two and was trash talking about how he still got it, then I made a 1 on three, take that dad!,” she said at the time.

Florida boy, 10, shot after dad took him on paintball 'drive-by'