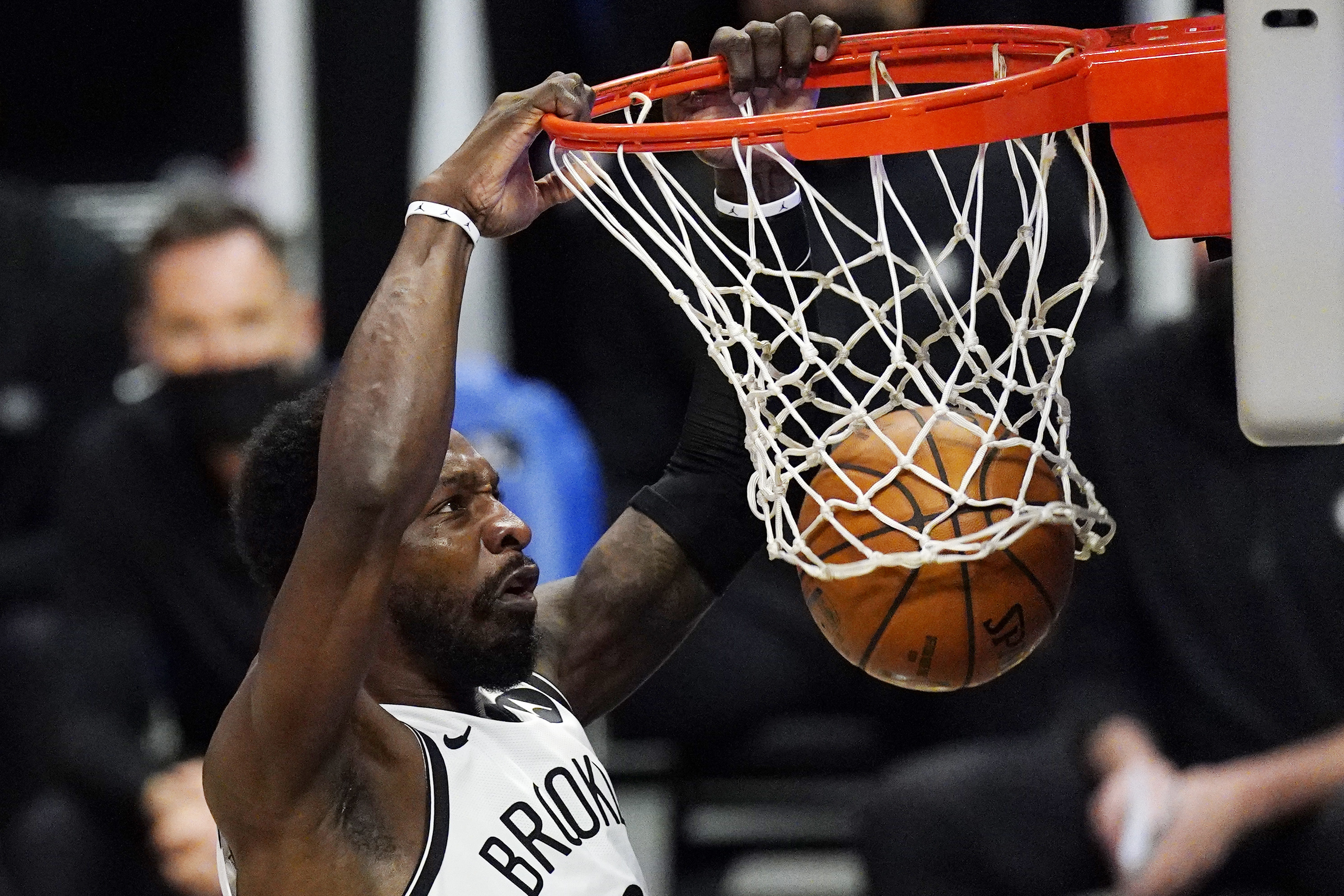 Center Jeff Green (left plantar fascia strain) has been ruled out of Monday’s Eastern Conference semifinal Game 2 against the Bucks, but does appear likely to return at some point during this series, perhaps as early as Friday in Milwaukee.

“Jeff is out for Game 2, but progressing nicely,” Nets coach Steve Nash said. “I think we’ll see him in the series, and hopefully, it’s Game 3. But who knows?”

Green was second on the team in appearances during the regular season, but hasn’t played since Game 2 of the first-round series win over Boston. Having a switchable big would be vital in trying to slow two-time reigning NBA MVP Giannis Antetokounmpo, who has given the Nets fits all season.

But it appears increasingly likely that Brooklyn fans still clinging to hope of seeing Spencer Dinwiddie will be disappointed.

The versatile guard suffered a partially torn right ACL in his right knee in December, and has been diligently working in Los Angeles to make a quick comeback. But Nash said Dinwiddie is still in California rehabbing, and the two haven’t had any talks about him playing this postseason.

“He’s not with the team. I believe he’s rehabbing in LA and is doing very well,” Nash said. “[But] I’ve had no conversations about him returning to the team or even returning to play at this point.”

Dinwiddie can opt out of the final year of his three-year, $34 million contract this offseason, and the feeling around the league is he could make more than the $12.3 million he’s scheduled to make on the open market as a free agent.

The Big 3 of Harden, Kevin Durant and Kyrie Irving have carried much of the offensive burden for the Nets all season. But after Harden got hurt just 43 seconds into Saturday’s Game 1, Joe Harris and Blake Griffin stepped up on both ends of the court.

“One of the differences is Joe has worked on his game a lot where he can put it down on the floor a couple of times for pull-ups or quick to the rim. He’s a strong finisher also,” Bucks forward Khris Middleton said. “He’s not just a 3-point shooter. He’s a very, very good 3-point shooter, but he also can do a lot of other things on the court, which helps them out a lot.”

Both Harris and Griffin posted solid 98.7 Defensive Ratings in Game 1, Harris spending a lot of time on Middleton and the Griffin helping keep Antetokounmpo from completely wrecking the game.

The Nets are 4-0 at Barclays Center in the playoffs and are now 32-8 at home this season.

Key to Islanders' striking unity was set in motion early

Students for Trump co-founder sentenced to prison for fraud