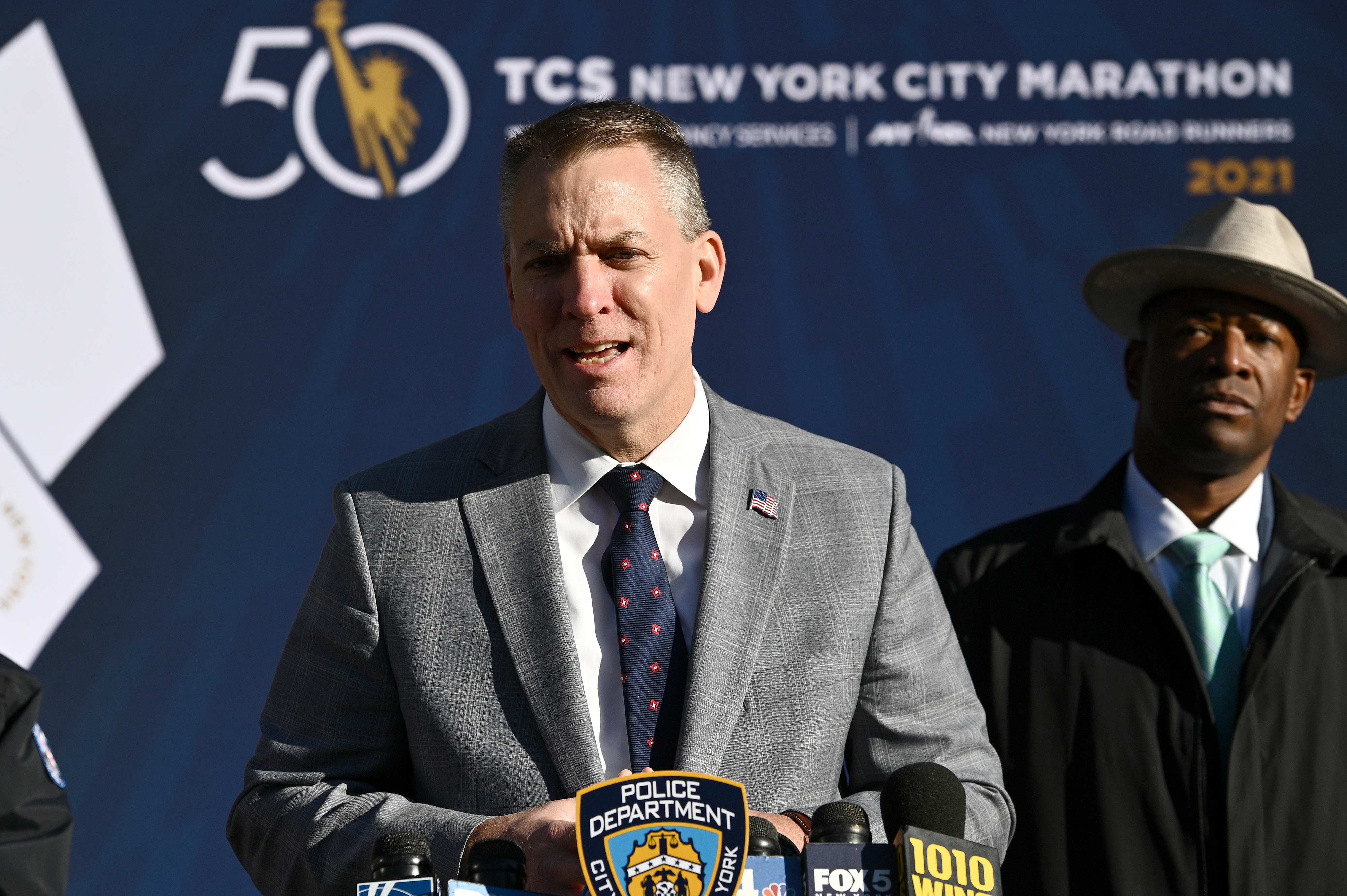 Police Commissioner Dermot Shea blasted the city’s soft-on-crime laws Tuesday morning, and said The Post’s cover story — on a teen murder suspect who was cut loose by a judge on a prior case — is yet another sign that “those laws need to be fixed.”

“Look at the cover of The New York Post today — another life lost,” Shea said in a NY1 interview. “And we’re having this conversation over and over again. Hopefully, hopefully soon, we’ll get some changes, small changes and we can turn it around in a hurry.”

He then went on to allegedly murder 21-year-old Saikou Koma, an “innocent kid” in an Oct. 24 botched gang hit in the Fordham Heights section of the Bronx.

“This judge let him go, but I’m not letting [it] go,” Koma’s stricken mother, Haja Kaira, told The Post Monday. “My son will get justice. This is crazy.”

Over the first 10 months of 2021, the city has seen 1,324 shooting incidents, which is up two dozen incidents of gun violence from the same time last year and nearly double pre-pandemic levels.

“I can tell you that we’re doing a lot to try to slow it down,” Shea said on NY1. “We’ve had now five months in a row where we came in with less than last year, but where we’re up against the bar with that 2019 number.”

Shea was questioned about mayor-elect Eric Adams’ pledge to bring back and reform the NYPD’s controversial anti-crime unit to crack down on drug and gun violence.

“Well, I mean, I have confidence in Eric, and he’s gonna do, and his next police commissioner will do, what they think is right,” Shea said. “You know, we’ll have to see what happens with that. I’m comfortable, where we are, that we made the right decision.