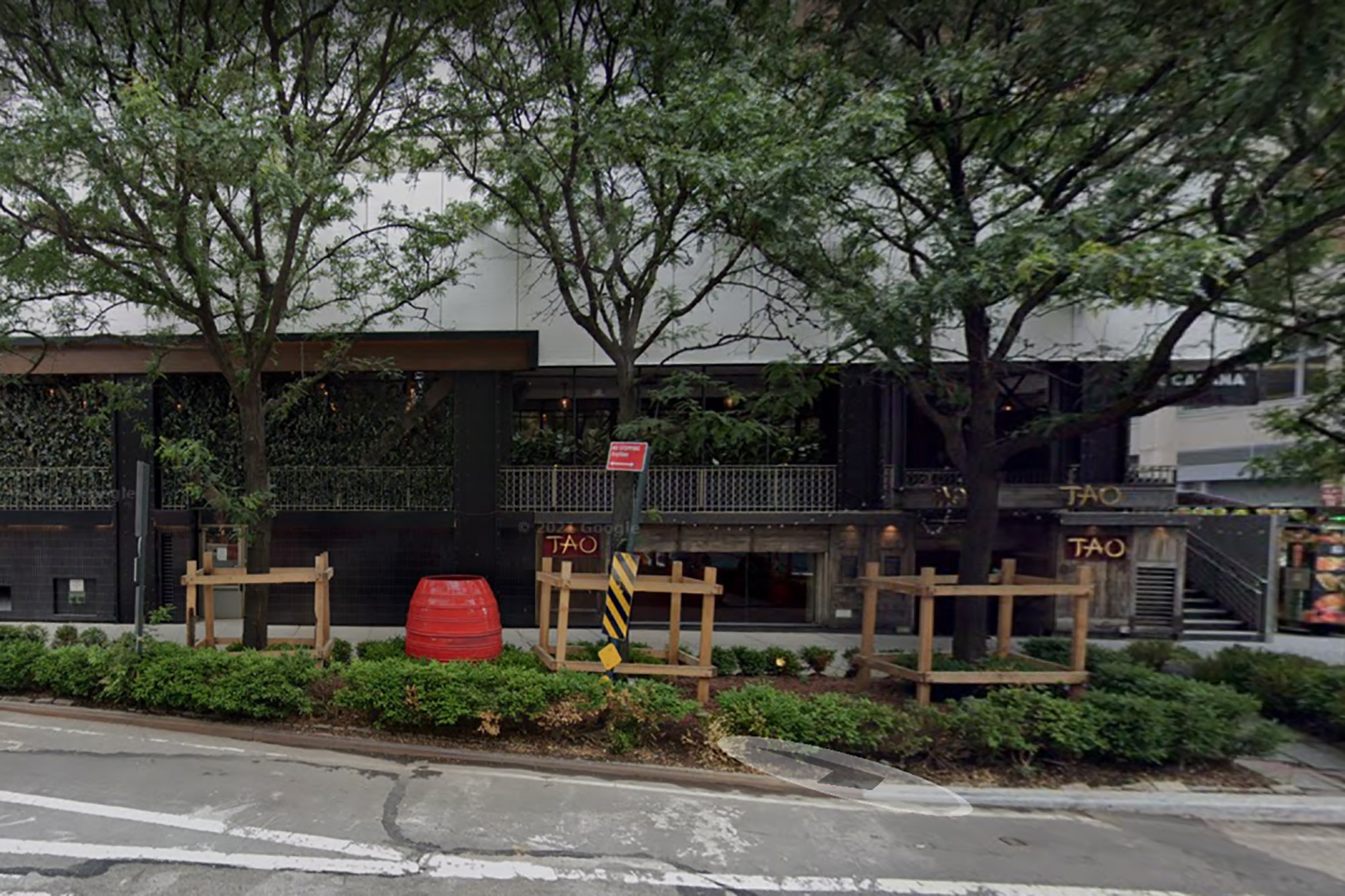 A group of four men beat down another man who tried to stop them from harassing a woman outside a trendy Manhattan restaurant, police said.

The beating kicked off when one of the assailants began arguing with the 37-year-old victim at about 4 a.m. on Oct. 4 in front of Tao restaurant on Ninth Avenue near West 16th Street in Chelsea, according to cops.

Police said the victim argued with the man because he and his three buddies were harassing a woman at the hotspot.

The two began fighting and three cohorts of the attacker joined in and began pummeling the victim, police said.

The victim was rushed to Bellevue Hospital and treated for a broken orbital bone and a number of cuts, authorities said.

It’s unclear if he knew the woman the men were harassing. The suspects ran off and are still being sought by police.